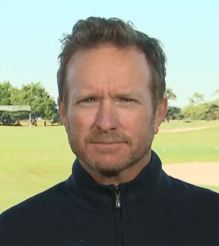 Following 20-plus years as a PGA Tour caddie, John Wood will join NBC Sports’ golf coverage as an on-course reporter in 2021, contributing to Golf Channel telecasts and select golf broadcasts on NBC.

During his time on the PGA Tour, Wood was on the bag for Matt Kuchar, Hunter Mahan, Mark Calcavecchia and Kevin Sutherland, among others. He has caddied in a number of Ryder Cups and Presidents Cups, and was also on the bag for Kuchar’s bronze medal performance in men’s golf at the 2016 Olympic Games in Rio. Prior to his career as a caddie, Wood played golf collegiately at the University of California, Berkeley.