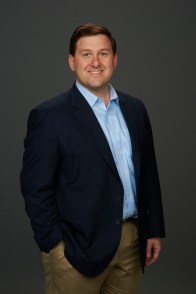 A veteran of 13 Olympic Games, Joe Gesue is Senior Vice President, NBC Olympics & Paralympics Editorial, Partnerships and Programming & Executive Editor.  He oversees all Olympic and Paralympic programming, the Editorial Research department, and has worked on the past 12 Olympic primetime shows (2000 through 2022).

In addition to programming and editorial, Gesue works on Olympic and Paralympic project management, strategy, relationships and sales partnerships.

Gesue previously served as Editorial Director for NBC Olympics, overseeing NBC Sports writers and researchers, and spent seven years as co-Producer of the most-watched studio show in sports, Football Night in America, as well as three Super Bowl pregame shows on NBC. He most recently was SVP of Olympics & Paralympics Production (2012-2022).

He is the winner of 18 Emmys for his work on 13 Olympic broadcasts, the 2018 World Cup, and the network’s Wimbledon coverage. Gesue’s accolades also include a Peabody Award for his work on the Opening Ceremony of the 2008 Olympic Games in Beijing. In addition to his managerial duties, Gesue was the head writer for NBC’s primetime coverage of the 2006 Torino and 2008 Beijing Olympics, and has co-produced and written several long-form NBC Olympic documentaries.

Gesue joined NBC in 1994 as an Olympic Researcher for the 1996 Atlanta Olympics. Before that, he was a sportswriter for The Journal News in Westchester County covering New York City area sports teams. Gesue graduated from Princeton in 1993, where he earned a bachelor’s degree in politics. A native of Croton on Hudson, NY, he and his wife, Katie, have three children, Rowen, Joseph and Celia.