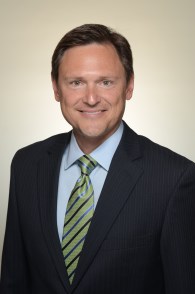 Jim Kozimor is the host of sports-talk show Yahoo! SportsTalk Live, an hour-long roundtable discussion show featuring opinionated commentary, in-depth analysis and lively debate on the day’s trending sports and entertainment stories in the Bay Area.  The program features a wide array of guests including Yahoo! Sports’ award-winning roster of reporters and fantasy experts, local and national media, athletes, coaches, front-office executives and other notables from the sports and entertainment industries.

Kozimor, a veteran sports broadcaster for over 20 years, has hosted Raiders Postgame Live and was play-by-play announcer for MLS’s San Jose Earthquakes. One of the most versatile announcers in the industry, Kozimor’s play-by-play duties for NBC Sports have included college basketball and football for the Pac-12, college basketball from the WCC, high school football, Major League Lacrosse and World Team Tennis, and he has served as a studio host for the network’s Oakland Raiders programming. During the 2008 Beijing Summer Olympics and 2012 London Summer Olympics, he was the play-by-play announcer for NBC Sports’ coverage of badminton and shooting sports. Kozimor also handled play-by-play duties for luge and triathlon telecasts for Universal Sports.

Kozimor was a long-time television/radio broadcaster for the Sacramento Kings and Sacramento Monarchs (1998-2009) and hosted his own talk show, “The Jim Kozimor Show,” on KHTK 1140 AM. Prior to his tenure in Sacramento, he was a broadcaster with the Houston Rockets and Houston Comets (1996-1998) and the Philadelphia 76ers (1992-1994), and a sideline reporter and fill-in play-by-play announcer with the Golden State Warriors (1989-1992).

Kozimor began his broadcasting career at Michigan State University where he earned a Bachelor’s degree in Communications.  Kozimor resides in Danville with his wife Sandra and their three daughters, Addison and twins Ava and Sasha.