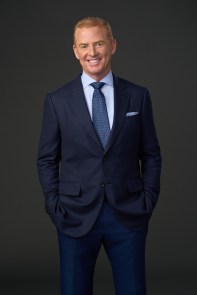 Jason Garrett joined NBC Sports in April 2022 and serves as a studio analyst for Football Night in America, the most-watched studio show in sports, and as a game analyst for NBC Sports’ coverage of Notre Dame Football and the USFL, which was his first assignment.

Prior broadcasting, Garrett was the Head Coach of the Dallas Cowboys (2010-19) where he won three division titles, was named Associated Press Coach of the Year in 2016, and compiled an 85-67 (.559) regular-season record, the second-most wins for a Head Coach in team history. Garrett began his coaching career as the Quarterbacks Coach for the Miami Dolphins under Nick Saban. He also served as the Offensive Coordinator for both the Cowboys and New York Giants.

Prior to becoming a coach, Garrett had a 14-year NFL playing career with the Cowboys, Giants, Tampa Bay Buccaneers, Dolphins, and New Orleans Saints, predominantly as a backup quarterback. He was part of three Super Bowl-winning teams with the Cowboys in 1992, 1993 and 1995, and was a member of the NFC Champion Giants in 2000.

Garrett is a 1989 graduate of Princeton University, where he played quarterback and holds the Ivy League career record for completion percentage (66.5%).