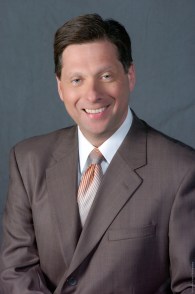 A three-time California Sportscaster of the Year Award award winner, Papa has been the play-by-play voice for the Giants, Warriors, Oakland A’s, and Oakland Raiders. Papa also has done work for NBC Sports California, notably telecasts of California Golden Bears football and basketball and WCC basketball.

After serving as the voice of the Warriors from 1986-1997, Papa worked as the lead broadcaster for the San Antonio Spurs from 1997-2000.  Following his stint with the Spurs, Papa spent 14 years as the television play-by-play announcer for the Oakland A’s from 1990-2003.

After graduating from Syracuse University, Papa was a member of the Indiana Pacers radio and television broadcasting teams from 1984-1986. His national network assignments have included work with ABC, NBC, ESPN and Turner Sports.

Greg resides in Danville with his wife, Angela, and their five children.