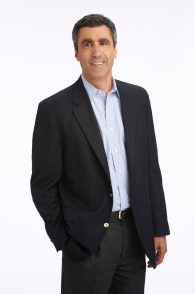 Gary Zenkel has been President, NBC Olympics, since 2005. In this role, he oversees NBC’s Olympic business and works closely with the International Olympic Committee, U.S. Olympic Committee and NBC’s distribution partners and affiliates to advance coverage, distribution and marketing while navigating the constantly changing media landscape.

Since the acquisition of NBCUniversal by Comcast in 2011, Zenkel has led two successful NBCU acquisitions of U.S. media rights to the Olympic Games. The first, in June 2011, awarded NBCU the rights to the Sochi 2014, Rio 2016, Pyeongchang 2018, and Tokyo 2020 Olympic and Paralympic Games. The second agreement was negotiated in June 2014 and granted NBCU the U.S. media rights to all Olympic Games through 2032, making it the longest U.S. media-rights agreement in Olympic history.

Zenkel graduated from the University of Michigan in 1983 and from the Georgetown University Law Center in 1987. He was a two-year letterman on the Wolverines golf team.