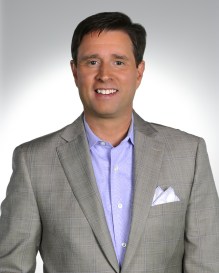 Host, On the Range

Gary Williams joined Golf Channel in January, 2011 as a co-host for “Morning Drive,” the network’s live, weekday morning show.  In 2012, Williams’ on-air responsibilities expanded to include live tournament coverage for select tournaments and serving as host for “On the Range,” a weekly news and informational show that gives viewers an inside look at players’ preparations on the various professional golf tours.

Williams came to Golf Channel from Sirius/XM Satellite Radio, where he co-hosted the early morning show on Sirius/XM’s Mad Dog Radio.  He also served as a lead host on PGA TOUR Network.  Prior to Sirius/XM, Williams hosted the top-rated morning-drive sports-formatted radio program in Charlotte, N.C., for nine years. His other on-air credits include play-by-play for ESPN and also the Carolina Panthers television network.  A longtime teaching professional and an avid supporter of junior golf, Williams is host of the Junior Invitational network broadcast and was a former board member of the Charlotte chapter of The First Tee.  Williams currently resides in Winter Park, Fla. with his wife and children.