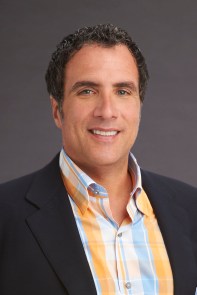 In August 2020, Gaudelli was honored as a member of the Sports Broadcasting Hall of Fame’s Class of 2020 for career-long excellence in the sports TV and media industry.

A 24-time Emmy Award winner, Gaudelli’s six prior Super Bowls (LII, XXXVII, XL, XLIII, XLVI and XLIX) include Super Bowl XLIX, which still ranks as the most-watched program in U.S. TV history with an average of 114.4 million viewers. In that game on February 1, 2015, the New England Patriots posted a thrilling four-point victory over the Seattle Seahawks. Three years earlier on NBC, Super Bowl XLVI became the most-viewed program in U.S. television history at the time.

On November 16, 2017, NBC Sports, led by Gaudelli and director Drew Esocoff, presented the first NFL game with the primary live coverage coming from SkyCam. Three weeks earlier on October 22, NBC’s “dual” SkyCam coverage received widespread acclaim from viewers when it was pressed into action due to fog during Sunday Night Football. In that game, the Falcons-Patriots Super Bowl LI rematch, fog rolled into Gillette Stadium late in the first half. After halftime, SkyCam technology provided the best camera angles to offer consistent and clear views of the live action.

Gaudelli introduced the critically acclaimed 1st & Ten technology, the electronically produced yellow line that appears to be painted across the field at the first down marker, the GoalPost Cam and the rotating clock/score box. In addition, he produced the first live sports telecast to use real-time polling data (via Enhanced TV) on all instant replay challenges. In 1997, Gaudelli oversaw ESPN’s day-to-day coverage of Major League Baseball, which won the CableACE Award for Outstanding Live Sports Series.

Named senior coordinating producer at ESPN in November 1996, Gaudelli oversaw day-to-day administration of the cable network’s National Football League telecasts, as well as the NFL Draft and X Games. He also served as senior producer of the ESPY Awards from 1998-2001. Gaudelli was named producer of ESPN’s NFL Draft coverage in 1990.

Upon joining ESPN’s remote production department in March of 1983, Gaudelli worked as an associate producer on a variety of sports, including college football, basketball and baseball, the USFL, the U.S. Olympic Festival and the NFL Draft. In 1986 he produced the network’s live Thursday night college football series. Additionally, while producing the 1988 College World Series, Gaudelli introduced the technique of live tracking the speed of pitches – a first on television. Prior to joining the remote production department, he worked in the network’s administration department.

A native of Harrison, N.Y., Gaudelli earned a Bachelor of Arts degree in communications from Long Island University/C.W. Post in 1982. He currently resides in Madison, Conn., and has a daughter, Reese.