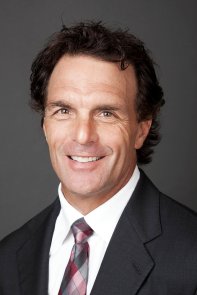 During his college football career at Boston College, Flutie won the Heisman Trophy and the Davey O’Brien National Quarterback Award in 1984. His “Hail Mary” touchdown pass in a game against Miami on November 23, 1984, is considered among the greatest moments in college football history.

Flutie complemented his collegiate athletic achievements with a distinguished academic record as well. He was a candidate for a Rhodes Scholarship, for which he was named a finalist in 1984. Upon graduating from Boston College, Flutie won a National Football Foundation post-graduate scholarship.

Prior to joining NBC Sports Group in 2010, Flutie served as a college football analyst for ESPN and ABC from 2006-2009.

Flutie and his wife Laurie live in Natick, Mass, and have two children Alexa and Doug.