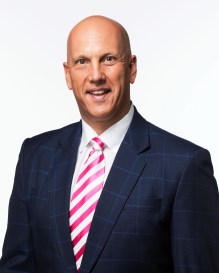 One of the most popular and most respected broadcasters in Chicago sports history, David Kaplan joined NBC Sports Chicago in 2008 as the primary host of “SportsTalk Live,” along with being the network’s host for “Cubs Pregame Live” and “Cubs Postgame Live.”  Kaplan is also the host of the acclaimed “Kap & Co.” radio show on ESPN Radio 1000. He has earned six Achievement in Radio Awards and was named Newsfinder of the Year by The Associated Press for breaking several stories. Prior to CSN, “Kap” also worked as a college football and basketball play-by-play commentator for ESPN and was the voice of Chicago’s professional lacrosse teams, the Shamrox and the Machine. Before his radio work, Kaplan spent time as a Northern Illinois University assistant basketball coach and a regional scout for the NBA’s Indiana Pacers and Seattle Supersonics. Kap attended Hamline University in St. Paul, Minn., where he earned a Bachelor of Arts in English and played football and baseball.