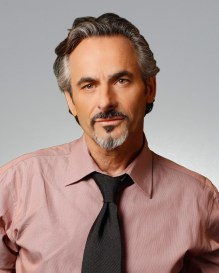 Described as “the last unscripted man on TV,” by Men’s Journal and as “golf’s wisecracking, maverick interviewer” by Esquire, Feherty has made a name for himself as one of the most irrepressible personalities calling golf over the past two decades. Beyond golf, Feherty continues to capture new and broader audiences with his wit, having served as an NBC Olympics correspondent at both the 2016 (Rio) and 2018 (PyeongChang) Olympics Games. A native of Northern Ireland and a former professional golfer who claimed 10 worldwide victories and a spot on the 1991 European Ryder Cup Team, Feherty is now a proud American citizen who has risen above a history of alcoholism and addiction to become an Emmy-nominated television host, New York Times best-selling author and comedic relief for thousands of men and women in uniform.

Thanks to his sharp wit and clever personality, Feherty has become a viewer favorite. What works for Feherty as a rehabilitative tool is humor – wicked humor. Having battled depression, Feherty knows the healing value of laughter. “The only thing that kept me alive was my sense of humor. I really believe that’s a human’s last line of defense. If I can’t make them laugh, I want to make them smile.”

Born in the seaside town of Bangor in Northern Ireland, Feherty grew up with aspirations to become an opera singer, until he discovered he had the knack for hitting a golf ball. He jokes about his career change, “I was always interested in music from a very early age. But when I turned pro at age 17, I haven’t sung a note since. Now, I only sing to punish my children.”

Prior to taking on his television role, Feherty enjoyed a successful professional golf career, with 10 victories worldwide and more than $3 million in prize money. A regular on the European Tour, he also captained the winning Irish team in the 1990 Alfred Dunhill Cup and played on the European Ryder Cup Team in 1991, an experience that rejuvenated his fervor for golf.

Feherty’s success extends beyond broadcasting. He has authored six books, with several making the New York Times “Best Sellers List.” Now a proud American citizen, Feherty’s most fulfilling activities are on behalf of badly injured U.S. troops. In 2005, he was part of a Thanksgiving goodwill tour to Iraq and returned with a new mission, determined to do something to better the lives of those he calls “American heroes.” Subsequently, he founded “Feherty’s Troops First Foundation”, which – among other good deeds – works with wounded veterans. Additionally, he conducts around 20 stand-up stage shows at theaters around North America each year as part of his “Feherty Off Tour” series.

“Losing a limb, or the ability to use a limb, is one thing,” Feherty says. “But the dignity they lose with it is perhaps even more important. And to be able to give them some of that dignity back is my mission these days. It’s not a charity. It’s just us trying to pay back a very small part of the check that we owe them.”