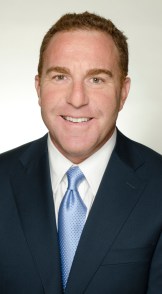 A veteran sports anchor and reporter, Feldman joined the network after twelve years as a sports director and anchor/reporter for WTTC-TV in Washington D.C. (2000-12). He also announced college basketball games for the Mid-Atlantic Sports Network. Prior to his work at WTTC-TV, Feldman worked at ESPN (1996-2000) as the primary host of College Hoops 2Night on ESPN 2, while also reporting on SportsCenter and ESPNews and doing play-by-play announcing for college basketball.

Among many awards, Feldman is a five-time Emmy Award winner, including three for Best Sports Anchor, and was dubbed the 2011 Washington D.C. Sportscaster of the Year by the National Sportscasters and Sportswriters Association.

Before entering broadcasting, Feldman was an assistant basketball coach at Stanford University.

A native of Palo Alto, Calif., Feldman graduated from Palo Alto High School where he played two years of varsity basketball and was a teammate of future NFL football player and 49ers head coach Jim Harbaugh. He earned his Bachelor of Arts degree in English from Tufts University, where he again was a two-year varsity basketball player.