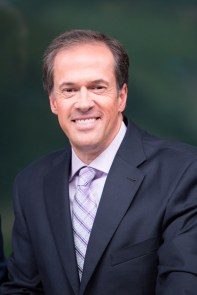 Hicks has served as lead play-by-play host of NBC Sports’ PGA TOUR Golf Channel on NBC tournament coverage since 2000, alongside critically-acclaimed analyst Johnny Miller in the 18th hole tower, which includes THE PLAYERS and the coveted FedEx Cup playoff highlighted by The TOUR Championship. Hicks also anchors NBC’s coverage of such elite golf events as the U.S. Open, Ryder Cup, President’s Cup, and dating back to 2007, two World Golf Championships, all a part of network television’s premier golf package.

A veteran of 11 Olympic broadcasts dating back to the 1996 Olympic Games in Atlanta, Hicks has served as a swimming play-by-play commentator for the past six Summer Olympics. Hicks most recently served as the alpine skiing play-by-play announcer at the 2018 Olympic Winter Games in PyeongChang, South Korea. His Winter Olympics broadcast experience includes speed skating play-by-play at Salt Lake City (2002), Torino (2006), and Vancouver (2010), extensive work as a studio host, and coverage of the Closing Ceremony at the 2002 Salt Lake City Games.

Prior to joining NBC in 1992, Hicks had been a sports anchor at CNN since 1989. He began his professional career in 1984 as a sports anchor/news reporter for KCEE/KWFM radio in Tucson, Arizona. He later moved to KVOA-TV, the NBC affiliate in Tucson, where he served as weekend sports anchor/reporter before joining CNN. During a three-year run at the cable network, Hicks hosted CNN Sports Tonight on weekends and both CNN College Football Preview and CNN College Basketball Preview.

A native of Tucson, Arizona, Hicks graduated from the University of Arizona with a Bachelor of Arts degree in journalism. He is a 6-handicap golfer, who says, “If I’m not working or with my family, I’m on the golf course.” Hicks and his wife, Hannah Storm, have three daughters.