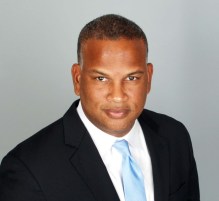 Damon Phillips is Senior Vice President and General Manager of NBC Sports Washington, the NBC Sports Regional Network serving the Washington, D.C., and Baltimore region. In this role, he oversees all areas of the business including content, production, sales and marketing, and acts as a primary liaison with its team partners including Monumental Sports & Entertainment and the Washington Redskins, and other key stakeholders.

Phillips, who joined NBC Sports Washington in January 2018, has earned 25 years of experience across various areas of the sports and media industries. Most recently, he spent 10 years in executive roles at ESPN, where he contributed to the development and expansion of the company’s mobile and OTT video-streaming products, and helped launch its first direct-to-consumer service. He was also responsible for providing strategic counsel related to technology and innovation.

Prior to ESPN, Phillips served as assistant executive director of USA Football for two years and as director of corporate marketing for Fox Sports Grill, while also operating a sports website he founded, Sports TV Insider. Earlier in his career, he also spent time with DirecTV, Broadband Sports and Disney in marketing, sales and management positions.

Phillips began his professional career with the NBA after graduating with honors from Stanford University, where he earned a football scholarship.