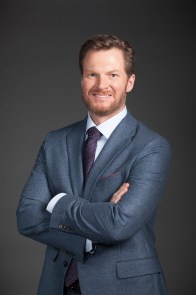 Earnhardt Jr., one of the most iconic racecar drivers of all time, serves as an analyst for NBC Sports’ NASCAR Cup and Xfinity Series race coverage and contributes to additional motorsports programming across NBC Sports, including its coverage of the Indianapolis 500.

Earnhardt hosts The Dale Jr. Download, a weekly interview program focused on motorsports, and Lost Speedways, a Peacock Original, that visits abandoned speedways and takes an exploratory look at great racing cathedrals of the past.

Voted by fans as NASCAR’s Most Popular Driver for an unprecedented 15 consecutive years (2003-17), Earnhardt is a third-generation driver who followed his legendary father Dale Earnhardt Sr., a seven-time Cup champion and winner of 76 races, and his grandfather, Ralph Earnhardt, the 1956 NASCAR Sportsman champion. In the summer of 2020, Earnhardt was selected to the NASCAR Hall of Fame Class of 2021.

In 2007, Earnhardt also launched The Dale Jr. Foundation, a charity dedicated to giving underprivileged individuals the resources to improve their confidence, education and the opportunity to achieve extraordinary goals.