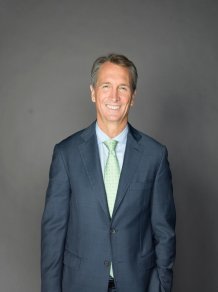 Cris Collinsworth is the game analyst for NBC’s Sunday Night Football.  “In a league of his own,” according to the New York Post, and called “arguably the most thoughtful and well-spoken of football analysts,” by the Houston Chronicle, Collinsworth in Sept. 2022 begins his 14th season in the Sunday Night Football booth and first alongside Mike Tirico. He worked alongside Al Michaels for his first 13 SNF seasons.

In February 2022, Collinsworth called his fifth Super Bowl (fourth with NBC Sports), which was the most-watched TV show in five years (112.3 million viewers).

Collinsworth, who first joined NBC Sports from 1990-96, is also the most honored studio analyst in sports television (eight Sports Emmys). He served as a studio analyst and co-host of NBC’s critically acclaimed studio show Football Night in America from 2006-08, and co-hosted the Super Bowl XLIII Pregame Show.

In an August 2019 story entitled “A Look at Iconic Announcers in NFL History,” Collinsworth was the only active TV game analyst recognized by The Associated Press, which stated, “Never shy to offer strong opinions, always well-prepared and adept at quickly analyzing plays, Collinsworth has been a perfect replacement for [John] Madden at NBC.”

Collinsworth served as the game analyst for both seasons of NBC’s Thursday Night Football package, partnering with Michaels in 2016 and Tirico in 2017. The 2016 debut of the NBC/NFL Network Thursday Night Football series ranked as primetime’s #2 show in the 2016-17 TV season. The 2017 NBC/NFLN TNF slate ranked third among all primetime programs for the full TV season.

In February 2015, Collinsworth served as an analyst for Super Bowl XLIX, the thrilling four-point New England Patriots victory over the Seattle Seahawks which still ranks as the most-watched show in U.S. TV history (average of 114.4 million viewers). Previously, he worked alongside Michaels on NBC for the telecast of Super Bowl XLVI, the most viewed program in U.S. television history at the time. Collinsworth’s first Super Bowl in the booth came with Fox in February 2005 (Super Bowl XXXIX).

Collinsworth is majority owner of Pro Football Focus, which utilizes an exclusive and proprietary grading system to analyze the performance of every NFL and college player on each snap, grading their performances against others at the same position. All 32 NFL clubs work directly with Pro Football Focus to use its play-by-play and player grading analytics.

In addition to his NFL responsibilities, Collinsworth has been a part of four Olympics with NBC. He made his Olympic broadcast debut as a track and field reporter at the 1996 Atlanta Olympics, and has served as a correspondent in Beijing (2008), Vancouver (2010), and most recently, at the 2014 Olympic Winter Games in Sochi, Russia, where he also provided commentary during the Closing Ceremony alongside Michaels.

In 1990, Collinsworth joined NBC Sports as a game analyst for the network’s NFL coverage and select college football broadcasts, highlighted by the 1994 Fiesta Bowl and the 1995 Orange Bowl national championship game between Nebraska and Miami. Collinsworth was assigned to the NFL on NBC pregame show in 1996, where he provided analysis that led to his first Emmy Award in 1997.

Upon completion of an eight-year NFL career as a wide receiver with the Cincinnati Bengals (1981-88), Collinsworth moved smoothly into broadcasting as a reporter for HBO’s Inside the NFL in 1989. The following season he graduated to the show’s studio cast.

A three-time Pro Bowl selection during his NFL career, Collinsworth played in 107 games, catching 417 passes for 6,698 yards and 36 touchdowns. He had four 1,000-yard seasons, played in Super Bowls XVI and XXIII and ranks first on the Bengals all-time career receptions list.