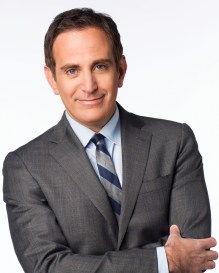 Chicago native Chuck Garfien, a seven-time Chicago/Midwest Emmy award winner, is the host of White Sox Pregame Live and White Sox Postgame Live, along with being the network’s sideline reporter for Chicago Bulls basketball. Prior to joining NBCS, Garfien was an anchor/reporter for Fox Sports Net in Denver. He also served a two-year stint with ESPN and ESPNEWS as an anchor. He was the Sports Director for two years at WWJ-TV/WKBD-TV, the CBS and UPN affiliates in Detroit and was also a sports anchor/reporter for WABC-TV in New York City. Garfien is a board member for the Illinois Council Against Handgun Violence. He graduated from USC with a degree in Communications and attended Homewood-Flossmoor High School.