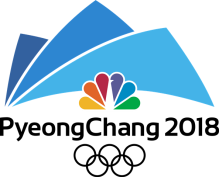 Cathy Overton-Clapham, one of Canada’s most decorated female curlers, will make her NBC Olympics debut as a curling analyst during the 2018 Winter Olympics.