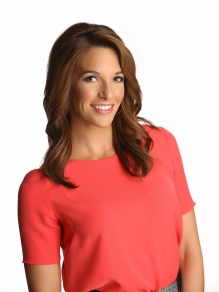 Cara Banks joined GOLF Channel in 2015 as a co-host for Morning Drive, the network’s daily news and lifestyle program. Currently she serves as a studio host for Golf Central and hosts the network’s Golf Central Live From news programming on-site at golf’s major championships and biggest events.

Prior to joining GOLF Channel, Banks hosted Golfing World weekly on Sky Sports in the United Kingdom, in addition to conducting player interviews and features for the network. She previously contributed to @TheOpenLIVE, a live digital telecast of The Open. Banks also has contributed to productions surrounding Wimbledon, the 2012 London Olympics, World’s Strongest Man and the Taste Festivals.

A native of England, she is married and currently resides in Florida.