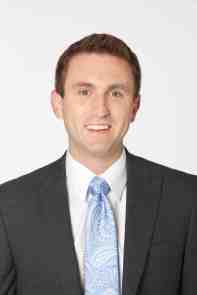 Brodie Brazil joined NBC Sports California in February 2009 and anchors Sharks Pregame Live and Sharks Postgame Live.  In addition, he is an anchor and reporter for the network’s signature show SportsNet Central, and also contributes to other studio shows.

Brazil started his broadcasting career as a high school intern in 1998 for San Jose’s KICU-TV’s High School Sports Focus and was promoted to co-host in 2005. He worked for the station, for eight years, also hosting Oakland A’s pregame broadcasts. In 14 years of broadcasting, Brazil is a nine-time Emmy Award winner, with a total of 23 nominations for his work.

A native of Castro Valley, Calif., Brazil attended Castro Valley High School, where he played baseball and basketball. He is a graduate of San Jose State University with a degree in broadcast journalism. Brazil resides in San Francisco, and his namesake is former 49ers quarterback John Brodie.