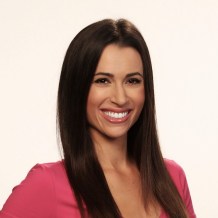 Eurton began her broadcasting career in 2014 with TVG Network, where she continues to serve as a paddock host and reporter. At TVG, she covers Thoroughbred racing across the U.S. and internationally.

Eurton resides in Los Angeles, CA., and is a graduate of the University of Southern California. She is the daughter of Peter Eurton, a former jockey and accomplished thoroughbred racehorse trainer.