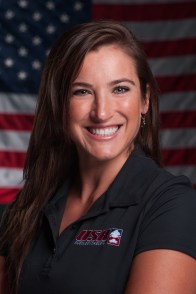 Bree Schaaf returns for her second Olympic assignment with NBC Sports, having made her Olympic broadcasting debut as a skeleton analyst and sliding sports correspondent during the 2014 Sochi Winter Olympics.

A former American bobsled and skeleton racer, Schaaf’s skeleton career is highlighted by an 11thplace finish at the 2007 World. She switched to bobsled in 2007, and at the 2010 Vancouver Olympics she drove to a fifth-place finish with brakeman Emily Azevedo in bobsled.