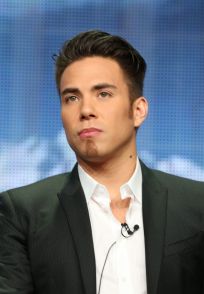 Apolo Ohno, the most decorated Winter Olympian in U.S. history, will serve as a short track analyst for NBC’s coverage of the 2018 Olympic Winter Games in PyeongChang, South Korea. Ohno will also work on features and offer studio commentary during NBC’s extensive Winter Olympics coverage. He reprises his role from Sochi, which followed his work as a sportsdesk reporter at the 2012 London Olympics. Ohno also served as a reporter for NBC’s coverage of the 2016 Rio Olympics, reporting from various venues and locations throughout the Games and contributing to features on a variety of platforms including The Olympic Zone.

Ohno’s television experience includes serving as a color commentator on NBC’s “Spartan: Ultimate Team Challenge;” hosting Minute to Win It on Game Show Network; as well as competing in and winning ABC’s Dancing with the Stars.