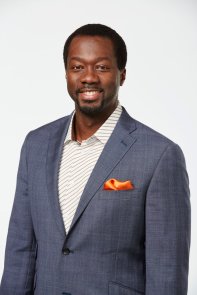 Since joining NBC Sports in 2013, Carter has provided studio analysis of its coverage of the NHL regular season, Stanley Cup Playoffs and Stanley Cup Final, and the 2018 PyeongChang Winter Olympics. In addition, Carter has been a game analyst on NBC Sports’ Notre Dame Fighting Irish college hockey coverage.

In the summer of 2020, Carter created Hockey Culture, a multi-platform content offering dedicated to bringing equality and inclusion to the sport of hockey by addressing contemporary topics within the sport, aiming to promote diversity around the game and on the ice, and increasing community engagement with hockey. Hockey Culture’s dedicated YouTube Channel features interviews with guests that span the sport.

In 2005, Carter founded Big Up Entertainment, a record label specializing in hip hop music. Carter is also a co-founder of the clothing line SOMB (Shirt Off My Back). Proceeds from sales go towards providing uniforms for underprivileged youth in Africa.