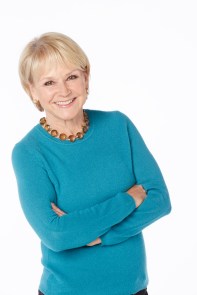 Andrea Joyce serves as a figure skating and gymnastics reporter for NBC Sports Group. Joyce joined NBC in 2000 and has worked multiple sports at 14 Olympic Games, including the past 10 with NBC.

Joyce debuted as a reporter at the 1988 Olympic Summer Games in Seoul for ESPN. She worked three Winter Games for CBS, serving as co-host of weekend and Opening and Closing Ceremony coverage at the 1994 Lillehammer Winter Games and the 1998 Nagano Winter Games. Joyce co-hosted CBS’ weekend coverage of the 1992 Albertville Winter Games.

A member of the Women’s Sports Foundation, Joyce has covered a wide variety of sports, including gymnastics, figure skating, boxing and dog shows.

Her work in local television includes a stint as weekend sports anchor for Dallas’ WFAA-TV in 1987, and as news anchor and field reporter for Denver’s KMGH-TV.

A Detroit native, Joyce received a speech communications degree from the University of Michigan in 1976. Joyce and husband, Harry Smith, have two sons.