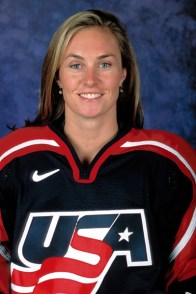 In addition to her work as an analyst at the Olympics, Mleczko has covered hockey for Turner, New England Sports Network (NESN), Universal Sports and the NHL Network.

During her eight-year international hockey career, Mleczko led the U.S. women’s hockey team to a historic gold medal at the 1998 Nagano Olympics, and a silver medal at the Salt Lake Games in 2002. Mleczko competed in all six games during the women’s inaugural hockey tournament at the 1998 Nagano Olympics, contributing two goals and two assists on the way to Team USA’s gold medal.