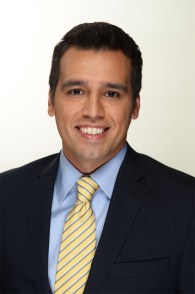 Ahmed Fareed currently serves as a host and reporter on a variety of sport events and properties across NBC Sports, including Triple Crown horse racing, Premier League, MLB Sunday Leadoff, and rugby.

Fareed has served as a studio host for four Olympic assignments, most recently as a host of the 2022 Beijing Winter Olympics on USA Network. He has also anchored coverage of the past two Paralympic Games across NBCUniversal.

A two-time Emmy Award-winner, he served as an anchor and reporter for the Giants Pregame Live and Giants Postgame Live, SportsNet Central and various studio shows. While at NBC Sports Bay Area, Fareed covered a Giants World Series Championship (2014) and three Warriors Championships (2015, 2017, 2018).

Fareed, a native of Sparta, Mich., is a 2002 graduate of Syracuse University’s S.I. Newhouse School of Public Communications, where he majored in broadcast journalism.