New Constant Leaderboard Integrations to Feature Overall Points, Matches Led by Each Side, and Points Remaining to Win/Retain Ryder Cup

STAMFORD, Conn. – September 23, 2021 – NBC Sports’ presentation of the 43rd Ryder Cup at Whistling Straits Golf Club in Kohler, Wis., will feature the debut of the commercial-free “Marquee Hour in Partnership with Rolex” this Sunday on NBC, as well as new constant leaderboard graphics that will be integrated into coverage throughout the weekend on NBC and GOLF Channel.

After the final singles match tees off Sunday on NBC – approximately 2 p.m. ET – the “Marquee Hour in Partnership with Rolex” will begin, providing commercial-free coverage of the hour which typically features the most action throughout the Ryder Cup, with all 12 singles matches on the course at that time. Rolex is a Worldwide Partner of the Ryder Cup.

This week’s coverage on NBC and GOLF Channel will also premiere new constant Ryder Cup leaderboard graphics – from a simple display of flags and scores, to current match scores and how many points the American and European teams need to win or retain the Cup as singles matches progress on Sunday. 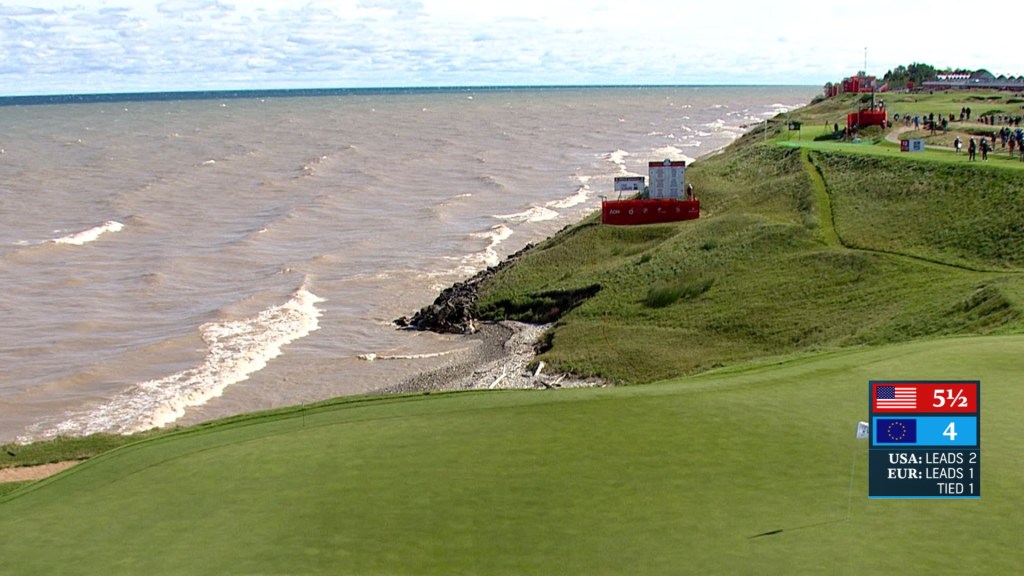 “We’re constantly examining how to enhance our golf coverage,” said Molly Solomon, Executive Producer, GOLF Channel. “The ‘Marquee Hour in Partnership with Rolex’ will deliver commercial-free coverage on Sunday at a time when all 24 American and European players are on the course and the outcome of the Ryder Cup is in the balance. Additionally, our new constant leaderboard graphics represent our commitment to storytelling and delivering the best viewing experience to golf fans.”

NBC Sports will present the first tee shot of the Ryder Cup to the final putt from Friday-Sunday, totaling 100-plus hours of live coverage during the week from Whistling Straits including on-site studio coverage and featured groups. Live coverage of the Opening Ceremony will also air live on GOLF Channel on Thursday at 5 p.m. ET.