NBCUNIVERSAL TO PRESENT UNPRECEDENTED 7,000 HOURS OF PROGRAMMING FOR TOKYO OLYMPICS THIS SUMMER

NBC Sports Digital to Stream 5,500+ Hours, Including All Sports and All Medal Events 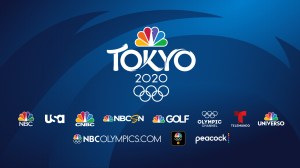 STAMFORD, Conn. – June 7, 2021 – NBCUniversal announced today that it will present an unprecedented 7,000 hours of coverage of the Tokyo Olympics this summer by utilizing two broadcast networks, six cable networks, and multiple digital platforms, serving both English- and Spanish-language viewers, making it the biggest media event ever. The Games of the XXXII Olympiad will take place July 23-August 8, 2021, in Tokyo, Japan.

In what will be the first major global gathering since the pandemic began, NBCUniversal will deliver the Games’ biggest events, most captivating stories and unforgettable moments to the American viewing audience on an array of platforms that will make the Olympics more accessible than ever before.

A major focus of NBCUniversal’s coverage will be Team USA, which has won more overall medals than any other nation at six consecutive Summer Games. The U.S. is a powerhouse once again and is expected to be led by some of the most accomplished athletes in the world, including Simone Biles, Katie Ledecky, Caeleb Dressel, Simone Manuel, Allyson Felix, Noah Lyles, and many others. In team sports, the U.S. women are particularly formidable and should contend for gold across basketball, soccer, softball, and water polo, as well as several team events, such as gymnastics and the eight in rowing. In men’s basketball, the “Dream Team” will attempt to win its fourth consecutive gold medal and 16th overall.

“After a devastating year, the world comes together again, finally, in Tokyo this summer,” said Molly Solomon, Executive Producer and President, NBC Olympics Production. “We are going to deliver the most comprehensive — and accessible — coverage for any sports event in history.  The depth and breadth of our broadcasts will be unprecedented, showcasing once-in-a-generation athletes and storylines that will capture the incredible uniqueness of these Games and our times.”

NBCSN TO TELEVISE MORE OLYMPIC COVERAGE THAN ANY NETWORK

TELEMUNDO AND UNIVERSO PRESENT MOST EXTENSIVE SPANISH-LANGUAGE OLYMPIC COVERAGE EVER