The schedule tips off on Thursday, November 15 at 8 p.m. when William & Mary visits Illinois-Chicago. Local action begins on Wednesday, November 28 at 7 p.m. with Illinois-Chicago taking on St. Joseph’s. Other highlights include a Penn-Princeton Men’s/Women’s doubleheader on Saturday, January 5 starting at 2 p.m.

The full schedule can be found here: 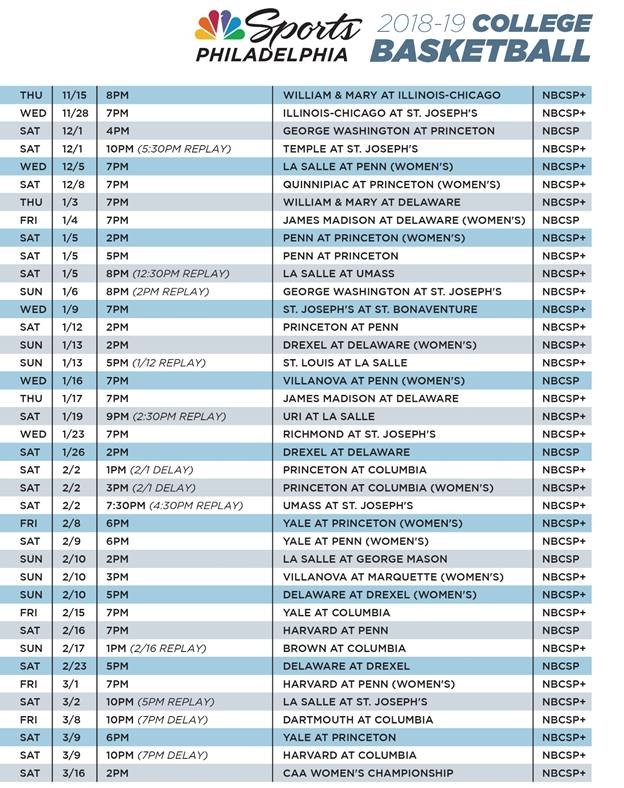