Stanley Cup Viewership is Best in Three Years Through First Four Games; Up 5% Vs. 2017

STAMFORD, Conn. – June 6, 2018 – Alex Ovechkin and the Washington Capitals can win the first Stanley Cup in team history with a Game 5 victory on Thursday at 8 p.m. ET on NBC, as Marc-Andre Fleury and the Vegas Golden Knights look to stave off elimination in front of their home crowd at T-Mobile Arena in Las Vegas. Coverage begins at 6 p.m. ET on NBCSN with a two-hour edition of NHL Live.

Thursday’s pre-game coverage on NBCSN will begin at 6 p.m. ET with a two-hour edition of NHL Live. Host Liam McHugh will anchor pre-game, intermission and post-game coverage on-site, alongside analyst and former player Keith Jones. In addition, Kathryn Tappen and Paul Burmeister will host pre-game and post-game coverage from an outdoor set at T-Mobile Arena, capturing the scene amongst the fans alongside analysts and former players Jeremy Roenick, Brian Boucher, and Anson Carter.

Earlier today, NHL on NBC analyst Jeremy Roenick visited Las Vegas Motor Speedway to learn how to drive a pro stock car. Roenick joined Monster Energy NASCAR Cup Series driver and Las Vegas native Brendan Gaughan for a driving lesson. Following the lesson with Gaughan, Roenick took multiple laps around the track and reached speeds of up to 165 miles per hour, and at one point passed other race cars on the track.

Roenick on driving a stock car 165 miles per hour around Las Vegas Motor Speedway: “I’ve flown in an F-16 with the Thunderbirds, I have gone swimming with sharks, and I’ve jumped off the Stratosphere, but this today was one of the most incredible things I have ever done.”

On NASCAR drivers and motorsports: “Anyone who doesn’t think NASCAR drivers are athletes, or believes NASCAR is not a sport, is crazy. What it takes to drive those cars, at those speeds, in that heat, is athletic as it gets.” 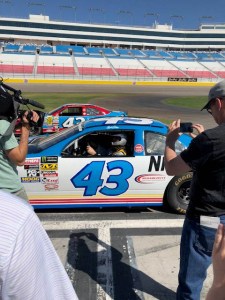 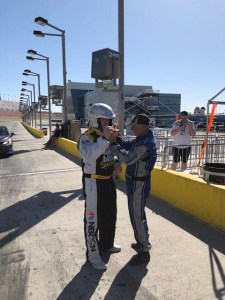 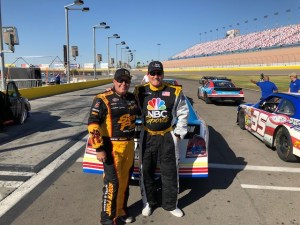 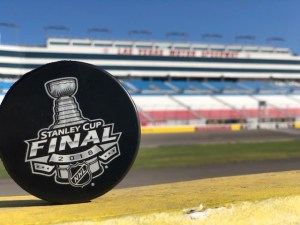 STANLEY CUP VIEWERSHIP IS BEST IN THREE YEARS THROUGH FIRST FOUR GAMES; UP 5% VS. 2017

Despite Monday’s Game 4 blowout, in which the Washington Capitals defeated the Vegas Golden Knights 6-2 at Capital One Arena in Washington, D.C., the 2018 Stanley Cup Final is averaging a Total Audience Delivery (TAD) of 4.443 million viewers through the first four games across NBC, NBCSN, NBCSports.com, and the NBC Sports app, making it the most-watched Final in three years, according to Fast National data by the Nielsen Company and streaming data by Adobe Analytics.

Following are the Top 10 markets for Monday’s Game 4 on NBCSN:

The Washington Capitals will attempt to make franchise history on Thursday, while the expansion Vegas Golden Knights look to stave off elimination in a pivotal Game 5 on NBC. With the victory, the Capitals would become the first major sports team from Washington, D.C., to win a title since the Redskins defeated the Buffalo Bills in Super Bowl XXVI in January of 1992. Washington is 3-0 in potential series-clinching games in these playoffs, while Vegas has yet to lose four straight games all season.

Capitals forward Evgeny Kuznetsov tied a Stanley Cup Final game record with four assists en route to the Capitals’ 6-2 win in Game 4 on Monday in Washington D.C. Kuznetsov’s 31 points in the playoffs are the most in a single postseason since 2009 (Evgeni Malkin – 36; Sidney Crosby – 31). He could become just the third Russian-born player to lead the league in postseason scoring in the modern era.

Fleury, who entered the Stanley Cup Final with a 12-3 record this postseason, has allowed three-plus goals in each game this series. The six goals he surrendered in Game 4 were the most he’s allowed in a playoff game since 2013.

-6        Jonathan Marchessault, William Karlsson and Reilly Smith have combined for a -6 rating in the past three games.

14        Ovechkin’s 14 goals in these playoffs are tied for the most in a single postseason in franchise history.

1982    The Capitals have scored three-or-more goals in each game this series and can become the first team since the 1982 Islanders to score three-or-more in every Cup Final game.

Following is the remaining telecast schedule for the 2018 Stanley Cup Final with networks and start times. Pre-game coverage will begin each night with NHL Live at 6 p.m. ET on NBCSN.

NBC Sports Radio is a joint venture between NBC Sports Group and Westwood One and will broadcast every Stanley Cup Final game. The joint venture provides sports talk programming to radio stations nationwide and is distributed by Westwood One. Content includes hourly sports news updates, daily features, and long-form shows. On social media, join the NBC Sports Radio community on Twitter at twitter.com/nbcsportsradio. To listen live or on demand, or to find a station, visit www.nbcsportsradio.com.

STREAMING COVERAGE ON NBCSPORTS.COM AND THE NBC SPORTS APP

NBCSports.com and the NBC Sports app — NBC Sports Group’s live streaming platforms for desktops, mobile devices, tablets, and connected TVs — will provide live streaming coverage of the Stanley Cup Playoffs via “TV Everywhere,” giving consumers additional value for their subscription service, and making high quality content available to MVPD customers both in and out of the home and on multiple platforms.