STAMFORD, Conn. – September 6, 2017 – With a record 28 NFL games, including Super Bowl LII, on its schedule this year, NBCUniversal is surrounding NBC Sports’ coverage of NFL Kickoff 2017 with unmatched participation by its sports, news and entertainment assets.

NBC Sports kicks off its coverage of the 2017 NFL season with a blockbuster Kickoff Weekend featuring four 2016 playoff teams. It all begins with the NFL Kickoff 2017 on Thursday, Sept. 7, when Super Bowl LI MVP Tom Brady and the champion New England Patriots host the AFC West Champion Kansas City Chiefs at Gillette Stadium. Coverage begins with a special edition of Football Night In America – the most-watched weekly studio show in sports in each of its 11 seasons – at 7:30 p.m. ET.

Below is a summary of the NBCU properties that are supporting NFL Kickoff 2017: 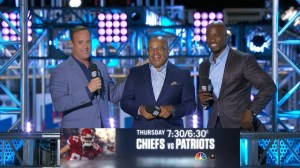 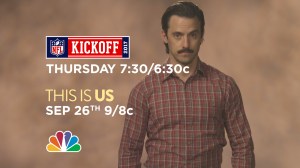