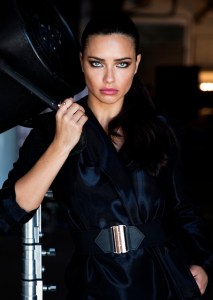 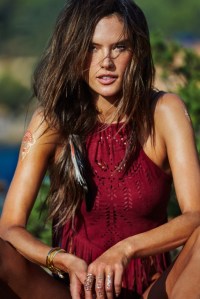 STAMFORD, Conn. – June 19, 2016 – Brazilian supermodels and actresses Alessandra Ambrosio and Adriana Lima will join NBC Olympics coverage of the Games of the XXXI Olympiad in Rio de Janeiro. The Opening Ceremony is Friday, August 5 on NBC.

Ambrosio and Lima will present features and offer commentary on the Olympics in their native Brazil during NBC’s late night coverage, hosted by Ryan Seacrest at NBC Olympics’ Copacabana Beach studio. They will also contribute to NBC Olympics’ coverage across various networks and platforms.

“Adriana and Alessandra are the perfect ambassadors to guide viewers through the celebrations taking place outside of the competition, showcasing the off the field experience for Olympic fans,” said Jim Bell, Executive Producer, NBC Olympics.

Ambrosio began her modeling career more than 15 years ago. She has walked numerous runways for some of the world’s biggest designers, started her own swimwear line, Ale by Alessandra, inspired by her native Brazil, and kick started her acting career appearing in several Hollywood films. She was also featured during the Rio segment of the Closing Ceremony at the 2012 Summer Olympics in London. Lima’s modeling career spans nearly two decades. She has graced countless international magazine covers, served as a spokesperson for some of the world’s most recognizable fashion and beauty brands and is the only person to have starred in two highly watched Super Bowl commercials in the same year. Both women have earned the coveted title of Victoria’s Secret Angel and have worked with numerous international brands, which have garnered them top spots as highest earning supermodels.

THE OPENING CEREMONY OF THE RIO OLYMPICS IS FRIDAY, AUGUST 5, 2016 ON NBC

A division of NBC Sports Group, NBC Olympics is responsible for producing, programming and promoting NBCUniversal’s Olympic Games coverage. It is renowned for its unsurpassed Olympic heritage, award-winning production, and ability to aggregate the largest audiences in U.S. television history. The London 2012 Olympic Games were watched by 217 million Americans across the networks of NBCUniversal, making it the most-watched event in U.S. television history.