STAMFORD, Conn. – July 18, 2016 – Prior to the Games of the XXXI Olympiad from Rio de Janeiro, Brazil, NBC Olympics is teaming up with social media personalities spanning the lifestyle, comedy, fashion, beauty, fitness, and food industries to create Olympic-related content for their followers. The influencers’ social media accounts combined for more than 120 million followers across Facebook, Twitter, Instagram, YouTube and Vine. In addition, NBC Olympics will hold its first-ever “Social Media Opening Ceremony” hosted by Ryan Seacrest on Tuesday, July 26, and will partner with musicians Nervo and the Chainsmokers to create Spotify playlists inspired by the Olympic Games. 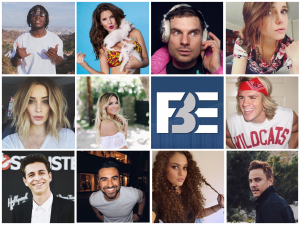 NBC Olympics is teaming up with social media personalities whose specialties range from creating gut-busting six-second Vine videos to soulful original songs, picture-perfect fashion shoots, and serious fitness inspiration. The personalities will push out Olympic-related content to their followers leading up to the Opening Ceremony of the Games. 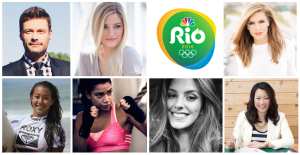 Social media content creators including YouTube star iJustine, lifestyle blogger Marianna Hewitt, model Julia Friedman, Dine L.A. Director Stacey Sun, DJ and HBfit founder Hannah Bronfman, comedian Sara Hopkins, and professional surfer and Roxy model Kelia Moniz, will be on-hand to participate in panels and games, serving up all the action to their followers throughout the day. As a part of NBC Olympics’ partnership with Buzzfeed, Buzzfeed Motion Pictures content creators, including “The Try Guys” will participate in the event. 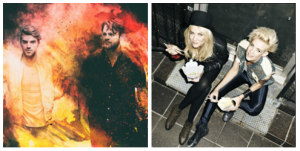 Musicians Nervo and The Chainsmokers introduced their own Spotify playlists inspired by the 2016 Rio Olympics today. The playlists will live on the artists’ Spotify pages, and will be shared on their social media accounts leading up to the Games.

THE OPENING CEREMONY OF THE RIO OLYMPICS IS FRIDAY, AUGUST 5 ON NBC