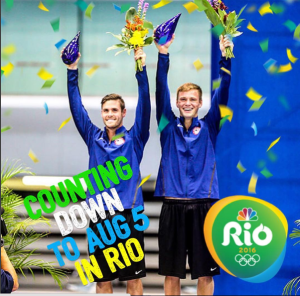 During a live broadcast window of the event, NBC Olympics’ on-site content creator will provide fans with highlights, interviews, GIFs, and more. 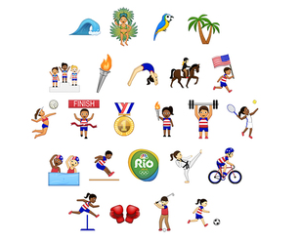 NBC Olympics has teamed up with SNAPS to create a custom 2016 Rio Olympic Games emoji keyboard. Fans can show their excitement and national pride throughout the Olympic Trials and Games with more than 60 special emojis and GIFs, and a shareable photo booth, complete with Rio stickers.

The 2016 Rio Olympic Games Keyboard is now available for download in the App Store for Apple devices, and Google Play for android devices. 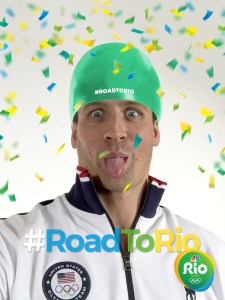 The Ever Wonder? digital video series has racked up more than 10 million video views to rank as NBC Sports Digital Shorts’ most-trafficked franchise. The series takes some of the most compelling, odd facts about different aspects of the sports world and breaks them down for fans in 1-2 minute videos.

The top Ever Wonder? video, “Ever wonder? How far do soccer players run during a match?,” has delivered more than 2.5 million views.

Understanding golfers’ passion and connection to the game provides the theme of GolfNow’s  newest television campaign titled “I GolfNow.” Beginning with a series of spots created for television (view here), the campaign also will extend to print, digital, outdoor, as well as events and social media.

In a winner-take-all game, would you rather have LeBron James or Michael Jordan on your side? Joe Posnanski examines that question here.

Jessica Camerato profiles Baylor basketball star Taurean Prince, and the hardships and struggles that he overcame to reach the NBA Draft, here.